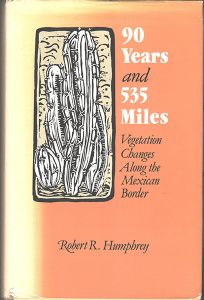 The most boring book on my photo book shelf has taken on new meaning with the current uproar about the “The Wall”. I got this book years ago because it is a great repeat photo project: the interval between the photos is about 90 years. At the same time, you might say that the subject is a bit dry, since it is a careful account of desert ecology along the U.S./Mexican border. 🙂

The book is “90 Years and 535 Miles: Vegetation changes Along the Mexican Border” by Robert J. Humphrey.  Almost all the border monuments between El Paso Texas and the western edge of Arizona (on the Colorado River) were photographed twice. The first photos were taken when most of the 205 border monuments were installed in 1892 and 1893. Most of those photos are by D. R. Payne. The repeat photos were done in 1983 and 1984 by an ecologist, Robert J. Humphrey. His emphasis was on the plant communities, and the changes to those communities. But his careful, nonjudgmental report on the area is also a good antidote to the inflamed rhetoric we are now hearing about “The Wall”. He notes that Mexico and the U.S. agreed to the monument project in 1882, but it took 10 years to organize the construction project. It was completed on time and on budget in about 2 years.

I’m not sure how much the border has changed since Robert Humphrey made his survey in 1983 and 1984.  Some of his photos show very little change from the 1890’s.  He notes that most of the changes he saw were  probably caused by livestock grazing and fire, with increased summer droughts also a factor.  His photos show an increase in livestock fences, but not much other development. Sometimes you can see his 1978 VW camper van in the background. I wonder if anybody has done a more recent survey of these monuments.  By the way, copies of this book are still available from booksellers. It was originally published by the University of New Mexico Press in 1987. 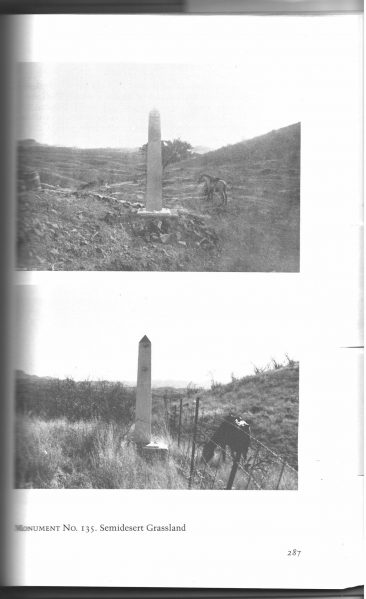 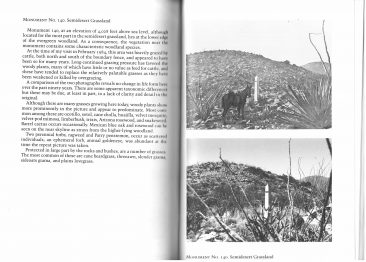 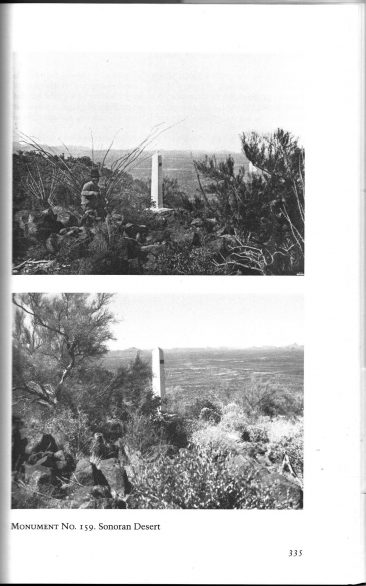