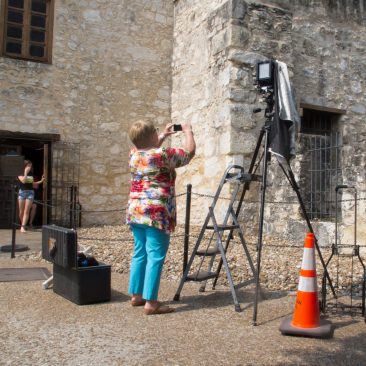 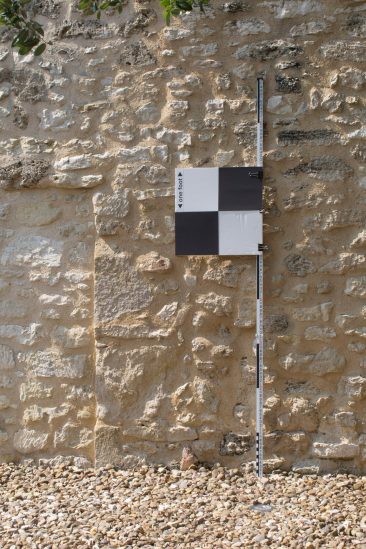 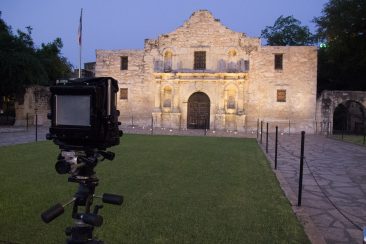 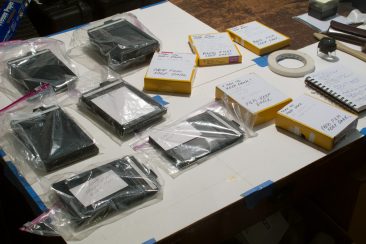 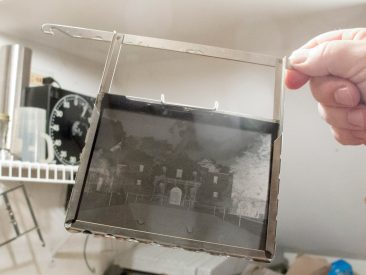 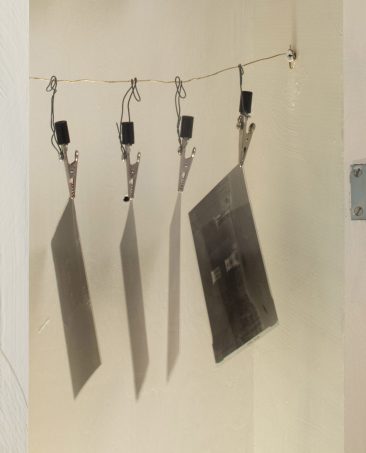 In May of 2016, I spent 6 days photographing the Mission San Antonio de Valero (The Alamo) for the State of Texas.  My 4×5 film negatives and proof prints will be submitted to the Library of Congress Historic American Building Survey (HABS), as a supplement to the photo documentation already done in 1936 and 1971.  This is part of a much larger project: the architects are doing a condition assessment of the Church and Convento (Long Barrack), which will shape recommendations for future work to stabilize and preserve the historic site.  As I have noted elsewhere on this website, large format film photography is still required for documenting important buildings and locations.

Most of the 1971 HABS photography of the Mission was done by the highly respected National Park Service photographer Jack Boucher, so I wondered if there was much I could add to the HABS collection.  But the existing HABS collection does not have any interior views of the Convento, and some rooms of the mission church had not been documented either.  I even photographed the South Tower Room of the church, which is only accessible by ladder.  In addition, other original features are easier to see now than in the 1936 photos, since some non-historic modifications have been removed.  For example, we now have a clearer view of the outside of the southeast corner of the Church, after the removal of a rubble wall.

I did the interior photographs in the evening, after visiting hours.  I am very grateful to the staff of the Alamo, and in particular to Associate Curator Ernesto Rodriguez III, for their support in moving furniture and displays as I slowly progressed through the rooms with lights and tripod camera.  I did most of the exterior views in the early morning, before the grounds were open to the public. It was very peaceful then, in contrast to the happy friendly crowds of the hot midday.

Because the trees have grown so much and blocked the sight lines, the earlier HABS photographers got some views that I could not match. In other cases, I think I was only duplicating their fine photos, and not adding anything new.  But I couldn’t resist trying a few of my own “hero shots” of the front of the building.  At the same time, the bulk of my work was getting a greater variety of views into the HABS collection.  I’ll do another post once the Library of Congress has my images up on their website.